Reviews:
* Looking for a roomy, mid-size sedan that offers an assortment of powertrains and lots of standard content? Like the idea of genuine German driving characteristics with a Made in America label? Want it all for a starting price in the low $20K range? Check out the 2013 Volkswagen Passat. Source: KBB.com
* High-quality cabin; refined and quiet ride; available fuel-efficient turbodiesel engine; top safety scores; strong V6 engine. Source: Edmunds The listed price includes $1,000 Pettus Automotive Trade Assistance (trade must be 2012 or newer) and does not include our $499 admin fee. Tax, title, and license are extra. We try to ensure our pricing is accurate and up to date. We occasionally make a data entry or human error that can affect the accuracy of our online information. Please call us to confirm pricing and availability on any vehicle before visiting.

Model Overview
The 2013 Volkswagen Passat is offered in three different trims: S, SE and SEL. Among those trims, there are three different powertrains. Base 2.5 S, 2.5 SE and 2.5 SEL models come with a 177-horsepower, 2.5L 5-cylinder engine, offered either with a standard 5-speed manual gearbox or optional 6-speed automatic. TDI SE and TDI SEL Premium models add the 140-hp, 2.0L TDI diesel 4-cylinder engine, while top-of-the-range 3.6 SE and 3.6 SEL models step up to a 280-horsepower, 3.6L 'VR6' 6-cylinder engine. Both the TDI and VR6 engines come only with a 6-speed dual clutch DSG automatic transmission that can pull of remarkably quick shifts.
Base Passats move quickly enough with their smooth standard 5-cylinder engine. The VR6 is the performance pick of the lineup; it's especially strong, smooth and responsive. But the TDI has the potential to put smiles on lots of faces; with an EPA highway fuel economy rating of 43 mpg and a meaty 236 pound-feet of peak torque, this engine has more power than one might think and can move up to speed on the highway--or up long grades--without strain. The rack-and-pinion power steering is light while parking but well-weighted on the highway and the Passat has a pretty nimble feel for a mid-size sedan.

The new Passat's larger cabin is now truly mid-size, with a spacious, airy feel to the interior, enhanced by an instrument panel that doesn't swoop around but instead helps yield the most space in front of driver and passenger. The backseat is very generously sized--with enough headroom and legroom for most adults--and getting in and out is easy. Across the model line, the Passat comes with a 60/40-split folding rear seatback. 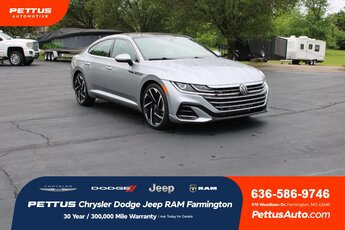 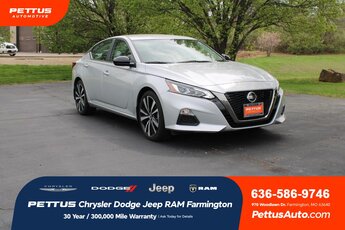