Odometer is 1653 miles below market average! Cherry Black 2022 Kia Seltos 4D Sport Utility SX I4 7-Speed Automatic AWD The listed price includes $1,000 Pettus Automotive Trade Assistance (trade must be 2012 or newer) and does not include our $499 admin fee. Tax, title, and license are extra. We try to ensure our pricing is accurate and up to date. We occasionally make a data entry or human error that can affect the accuracy of our online information. Please call us to confirm pricing and availability on any vehicle before visiting.

Model Overview
The Seltos comes with one of two powerplants under its hood. The base engine is a 2.0L 4-cylinder engine making 146 horsepower which is mated to either all-four wheels or just the front wheels via a continuously variable transmission. In front-wheel drive form, the Seltos is capable of 31 mpg in combined city and highway driving with the base engine. The optional engine is a 175 horsepower 1.6L turbocharged unit. It's paired to a dual-clutch transmission, which sends power to all-four wheels. Even with the more powerful engine and all-wheel drive, the Seltos is still rated at 27 mpg in combined city and highway driving.
There are five different trim levels for the Kia Seltos, starting with the LX trim. Standard features include 17-inch alloy wheels, all-wheel drive, automatic projector beam headlights, an 8-inch touch screen with Android Auto and Apple CarPlay, a rearview camera, steering wheel mounted controls for the sound system and cruise control, power door locks and power windows.

The S trim adds heated mirrors, chrome exterior highlights, roof rails, LED daytime running lights and taillights, projector beam foglamps, a leather-wrapped steering wheel and shift knob, a forward collision avoidance assist system, lane departure warning, lane keep assist and lane keep following functions. Interestingly enough, unlike the base LX, the S trim does not come with all-wheel drive, though it can be optioned for an extra cost. The upshot is that the S and the LX trims both cost the exact same amount, so owners who don't necessarily need all-wheel drive can get a ton of options instead for the same low price. 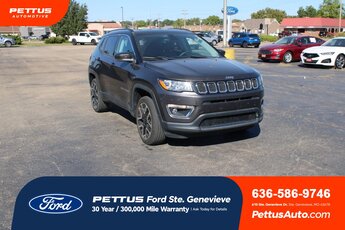